And then go to bed….

Last night the families split up to watch the very excellent documentary called “Stuck”. I highly recommend it, and will be bugging families and friends to watch it.

The thesis behind the documentary is that the Hague Adoption Convention is not working. The convention was ratified in the United States with the understanding that:

In fact, according to UNICEF, there has been no reduction in corruption. International adoptions in the United States has decreased by 60% in the past 6 years.

This decrease is not because there are fewer orphans.

It’s not because there are fewer families willing and wanting to adopt internationally.

It’s because there are hoops. Lots and lots of hoops. And while would be parents jump through those hoops, kids age out of the system.

What the Documentary Misses

While not really part of the thesis to the film, a key point missing is how difficult international adoption is after adopting the child. One might walk away from the documentary thinking adoption is wine and roses. It’s not. It can be very hard. And I always get nervous around naive would-be adoptive parents.

That said, there are tools and resources that help parents. And there are many wonderful parents who would do wonders with domestic and internationally adopted children.

If I were King of the World

Look, this is a complicated issue. Corruption is bad. Orphanages are a lesser bad (as compared to starving and living on the streets). The rights of birth parents need to be respected. International politics are convoluted (see Russia: Adoption). The Hague Convention had good intentions but unintended consequences.

But if I were King of the World, I’d put a time frame in place (say a year) then declare adoptability – international or otherwise. Children should not grow up in institutions if they do not have to. A clock is ticking.

Watch the film. It’s good. It can be viewed and purchased here: https://bothendsburning.org/initiatives/stuck/

Diego’s citizenship paperwork arrived the other day. He now has some proof that he’s a proud American! Next stop, the Social Security office. 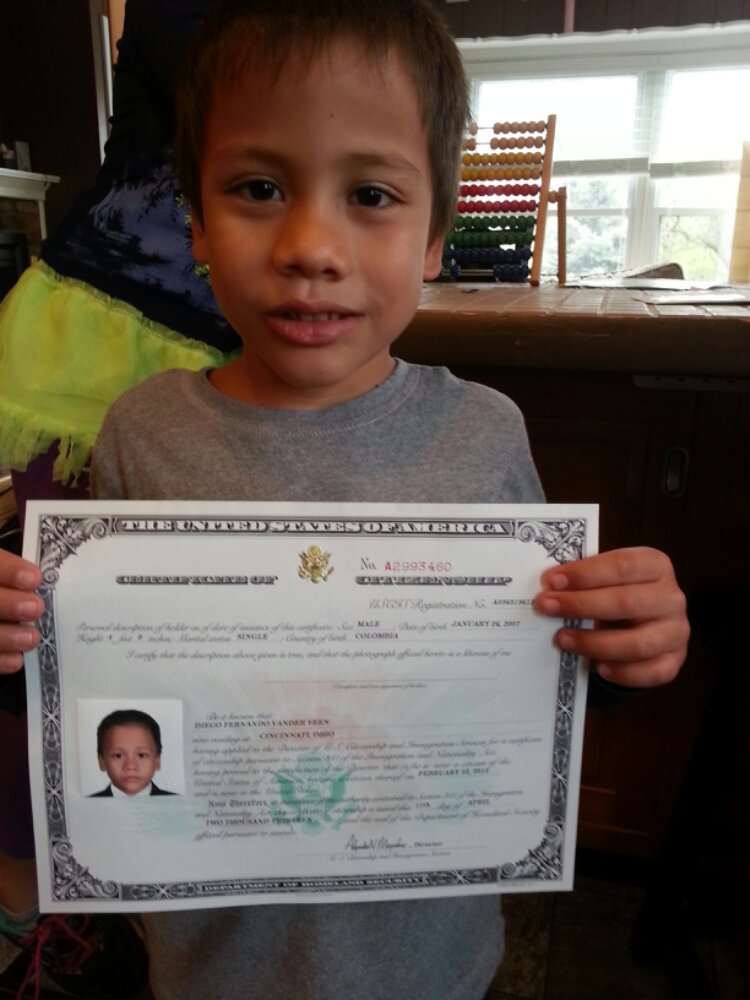