Anyhow, the social workers were very happy to see things were going well and decided we could proceed in the courts tomorrow.

We left out a major story about our integracion.

Towards the end of the interview, the social workers were so happy at how well things were going that one of them dropped this little bomb:

Things are going so well, maybe you would like to come back and adopt their little brother? 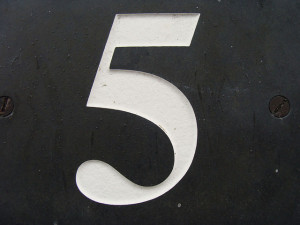 Also, our emotional states was, to say the least, slightly frazzled. New parents to two HIGHLY demanding girls (Monica’s temper tantrums  were awesomely spectacular), the idea of adding a third to the mix totally, completely, absolutely, hit a brick wall. Failure to compute.

All that said, we knew enough to ask a few questions. What was his name? Diego. Anything else? Nope, nada, nothing. Ooooakaaay. If we did want to do this, how long could it take? Well, maybe four months?

A year later Ren and I sent a fairly confident letter to Colombia letting them know that if Diego was available for adoption, we would like to adopt him. Getting to that point took some grace. Partially, it was getting our sea legs as adoptive parents. Also, and frankly, we’ve come to understand that we  just have two very awesome kids (we love them so much!). They’re good girls, despite the baggage.

Over the course of two years we heard practically nothing out of Colombia. I wouldn’t say we were in limbo, more like having a giant, hazy question mark always hanging over the horizon. The more time passed, the more we assumed it wasn’t to be.

On March 28th we received a letter that basically stated (in very few words) that Diego Fernando is ready to be adopted by the Vander Veens and how soon can we get to Colombia to adopt him?

Wow. Our world wobbled for a moment.

But this question had already been answered and the answer was as fast as possible.

Then it was all business and blurs. How long would it take to get the dossier finished? What else can we find out about Diego? Oh my freaking gosh I forgot about all the hoops you need to jump through for international adoption. The family (Jeff and Kristen, Mary and Chris, V2s and Martins) jumping with joy. How do we finance this? What’s the room situation going to be? How old is Diego (we Googled, he’s 5).

And telling the girls. They are super excited about having a younger brother added to the mix.

The good news is that, at least according to our (later given) paperwork is that he’s a healthy (if not a bit tiny) boy. He’s a cutie (sort of looks like Monica) and, at 5, will be close to the age that we got Monica.

Right now we’re plugging through the vast amounts of documents required to adopt internationally. We’re starting from the beginning, although it’s a bit easier because we know what we’re in for (for example, always ask if the notary is blessed by Hamilton County) and what pitfalls to avoid.

Best case scenario, we leave in October to get Diego. The more realistic scenario is January.

We’d ask folks to keep us in their prayers and thoughts. An adoption is never final until you land home. There are always curve balls that might come our way. We also have the challenge of raising a considerable amount of funds for the adoption.

All that said, we feel immensely blessed for our growing family.

Congratulations! I am a former CHI family and have been following your blog since well before you went to Colombia the first time. I have been praying for all 6 kidos although your blog is the only one updated at least publicly! What a crazy turn of events. i am sure you are super excited if a bit nervous too! We will be praying.

Wow! What exciting news! Renee, we are so thrilled for you and all of you are in our prayers.

Tell Abuela that my David starts high school next year

Hope you have a wonderful summer full of travel, family fun, and sprinklers.

Wow! That’s amazing! Praying for you as your family grows! 🙂

Zack. You and Renee are amazing. We will be praying for you and congratulations.

You two are so awesome! What a blessing for these kids to get such loving and dedicated parents.

We will continue praying for you guys!

How awesome and exciting!!! So glad to you able to make an official announcement, that makes it seem much more official already! A family of 5!

So overjoyed for all of you! Prayers for patience and peace of Christ in the coming months 🙂

Wow! That is so great! May God bless you on this new journey!

Getting your parental ‘sea legs’ is the key! Paperwork ( ala rotary and college scholarships) is an unfortunate time guzzler; do-able but keep the Exedrin handy!
God bless you in this Father-planned adventure.

Zach….Hope all is well. We have enjoyed reading about your travels. Return safely!